Posted on April 9, 2015 by candacerobbbooks 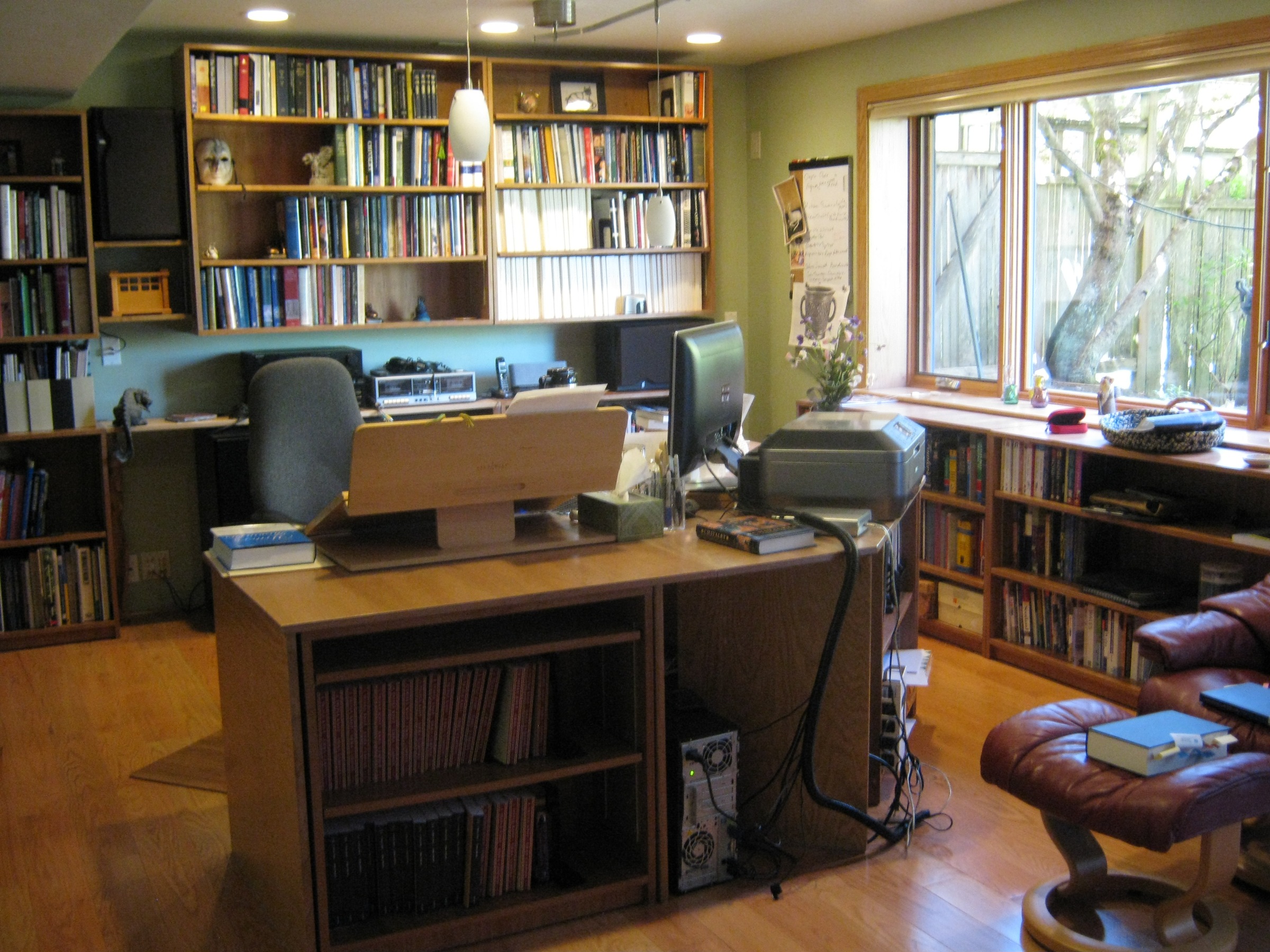 Out on a walk, I watched a couple with a small child approaching. Slowly, oh so

slowly, as the boy would take one or two tiny steps forward, then circle his progress, so he was looping down the street. As we passed, I commented on how he made me smile, and his granddad said, Seems he wants to be a garbage collector. I realized the boy was thumping the top of each garbage barrel as he passed, or the side if it was too tall—yard waste and recycling bins. But it was the circling that had caught my attention.

When I was a child, I would walk circles on the checkered linoleum in the downstairs room while spinning tales for my mother as she ironed or sewed. I often began with something that actually happened to me, then embellished until it was quite the fairy tale or adventure story. My mother would say, You’ll get in trouble someday for those stories. But then she’d ask what happened next.

Later, I skated in circles on the patio while making up stories in my head, often speaking the voices aloud. My parents worried.

Even later, I rode my big bike around in circles on the patio—challenging, the patio not that big, so I was daring myself to lean and not fall. And all the while I was thinking things through, figuring out what was going on by trying to fit incidents into stories so I could understand.

The first dance I choreographed for a class played with circular movement.

In my first house, I would stand in the window watching the boy who lived across the street ride his bike in circles, talking to himself. His little sister liked to walk in circles in the rain, under an umbrella, belting out songs—I think she thought with the umbrella up no one could hear her. This child could sing!

In my second house, the present one, a young girl moved in across the street. She spent hours on a scooter circling, circling.

And now, in my office, I often begin my day doing walking meditation in a circle, slowly. As the day progresses I pace in circles, thinking through a scene.

From the beginning I’ve consciously circled in both directions. So have the children I’ve watched. So, it seems, do cats.

However, I knew a sweet dog who always circled in one direction.

But yesterday, the boy looping. Now that’s fresh. I think I’ll try it.