The Pestilence Graveyard in London

Posted on March 31, 2014 by candacerobbbooks 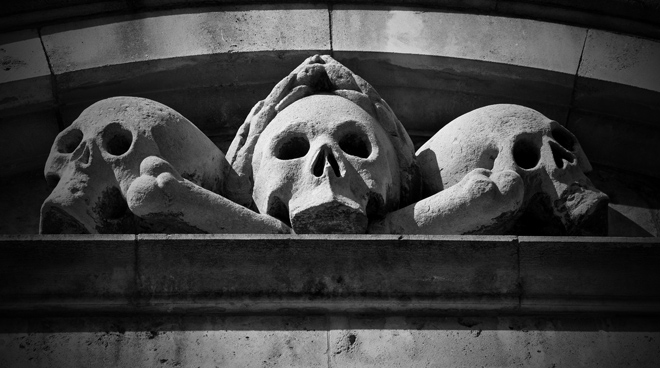 From an article in Saturday’s issue of The Guardian:

“Archaeologists and forensic scientists who have examined 25 skeletons unearthed in the Clerkenwell area of London a year ago believe they have uncovered the truth about the nature of the Black Death that ravaged Britain and Europe in the mid-14th century.

“Analysis of the bodies and of wills registered in London at the time has cast doubt on “facts” that every schoolchild has learned for decades: that the epidemic was caused by a highly contagious strain spread by the fleas on rats.

“Now evidence taken from the human remains found in Charterhouse Square, to the north of the City of London, during excavations carried out as part of the construction of the Crossrail train line, have suggested a different cause: only an airborne infection could have spread so fast and killed so quickly.

“The Black Death arrived in Britain from central Asia in the autumn of 1348 and by late spring the following year it had killed six out of every 10 people in London. Such a rate of destruction would kill five million now. By extracting the DNA of the disease bacterium, Yersinia pestis, from the largest teeth in some of the skulls retrieved from the square, the scientists were able to compare the strain of bubonic plague preserved there with that which was recently responsible for killing 60 people in Madagascar. To their surprise, the 14th-century strain, the cause of the most lethal catastrophe in recorded history, was no more virulent than today’s disease. The DNA codes were an almost perfect match.

“According to scientists working at Public Health England in Porton Down, for any plague to spread at such a pace it must have got into the lungs of victims who were malnourished and then been spread by coughs and sneezes. It was therefore a pneumonic plague rather than a bubonic plague. Infection was spread human to human, rather than by rat fleas that bit a sick person and then bit another victim. “As an explanation [rat fleas] for the Black Death in its own right, it simply isn’t good enough. It cannot spread fast enough from one household to the next to cause the huge number of cases that we saw during the Black Death epidemics,” said Dr Tim Brooks from Porton Down.”

And though the scientific conclusions are oddly missing from the text in this SF Chronicle article, the photos are wonderful:

6 Comments on “The Pestilence Graveyard in London”

This site uses Akismet to reduce spam. Learn how your comment data is processed.